Real Love Stories | Makeup in the 702
PLAN YOUR HAIR & MAKEUP WITH US TODAY!

With the warmer temperatures, flowers blooming and birds chirping it so refreshing to have spring finally in the air!!! And love is clearly in the air too, because we have gotten so many love and proposal stories from our brides recently that there is NO possible way for us to choose a favorite!!

Maegan: We met eight years ago through MySpace when that was still a popular website. I stumbled upon his profile, thought he was cute and noticed that he was a Photoshop expert. I posted a bait request looking for someone to help teach me knowing he would offer. 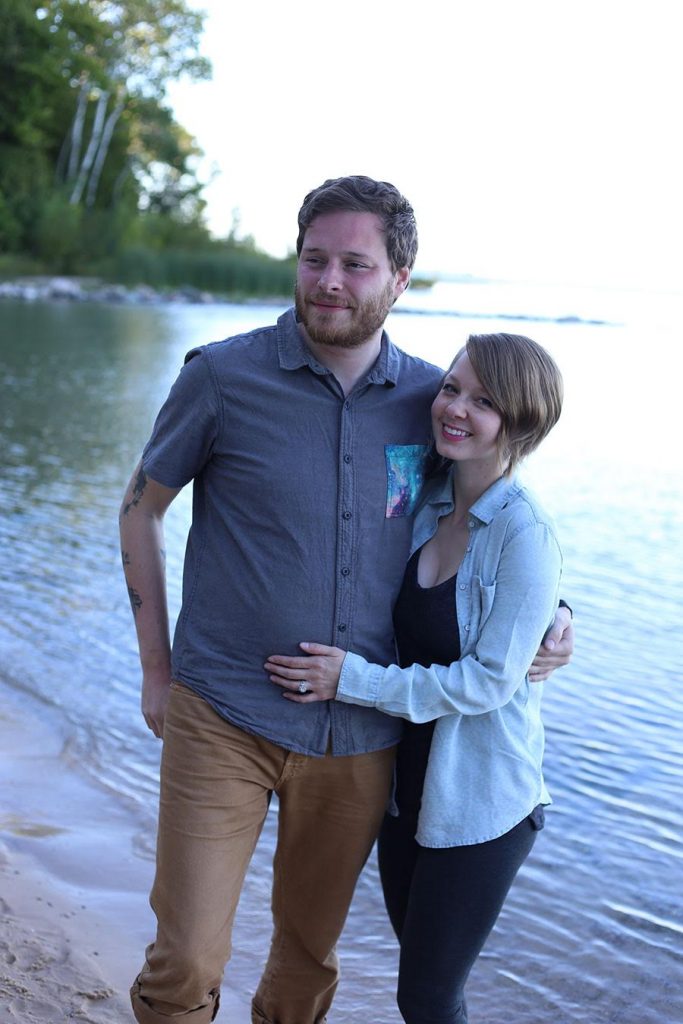 Kurt: When I saw Maegan’s post asking for help with photoshop, I thought it seemed too good to be true, but I responded anyway because she looked like a babe.

Maegan: One hour into my first lesson with Kurt, he noticed I wasn’t really retaining any information, so I offered to get him dinner as a thank you. Little did he know this would be our first “date”. We have been together ever since.
Kurt proposed two years into our relationship and we have been waiting for the right time to get married. In the mean time we have raised three beautiful kitties and bought our first home.
Kurt:We finally decided this year we were in the right place to start planning our wedding. After being a part of several weddings throughout our relationship, and everyone saying they wish they had just eloped, we decided to take that advice.
After eight years together, we are excited to finally begin this stage of our life.
Jessica & Alec 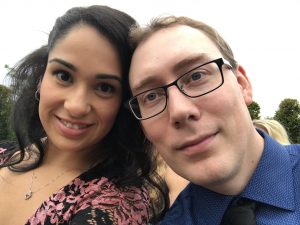 Alec and I first met in 2010. I had just started a new job and he was a seasoned vet of the company. We became friends after about a year and when the world was set to end on December 21 2012, we had fallen head over heels for each other. He whisked me away on an amazing trip to Scotland after a few months of dating, and after coming home…I knew he was the one for me. We have so much fun together I honestly feel like I’m marrying my best friend. Our wedding is only the beginning of what is set to be the best years of our lives!

Amber & Garrett
Garret and I met during the summer of 2013at a friends house for a poker night. All i could do was stare at him!! He had the most gorgeous eyes and a perfect smile. He was going to college in Minnesota and was home just for summer break. Although that was the night we met it took us a few months to kindle things up. I can’t lie when i say i thought about that handsome smile a lot after the night we met.
One day i got a message from a familiar face asking how i was doing and asked for my number. he was moving back home to finish college in TX. I was super excited. He promised to take me on a date when he returned and let me tell you, that was the longest month ever waiting for hom to be back in TX. We had only met that one night during summer and yet it felt like we had known each other for years.
Finally that awaited night came and we had our first date! I was so nervous the whole day leading up to that night. I had my best friend Emily help me pick out my outfit. All while she was calling me crazy cause I told her that Im going to marry this man!! (can’t call me crazy now!!)
And from that night the rest is history! I didn’t believe in love at first sight till I met him. Now I’m getting to marry my best friend and better half!! 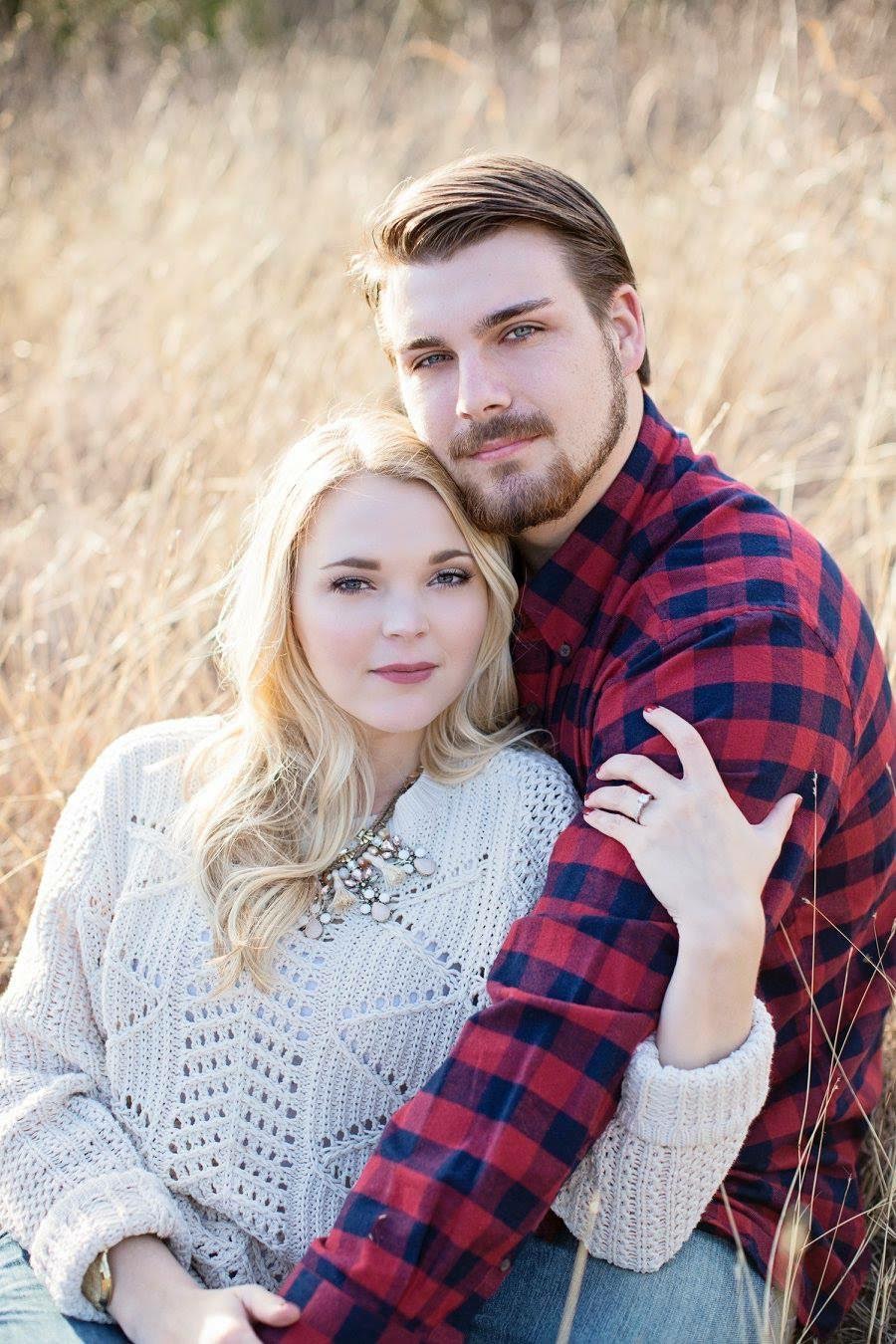 It was the night of November 7th 2015. We were at his Dads lake house with everyone hanging out, having a relaxing weekend. After dinner all the boys decided to smoke cigars on the porch. So we all headed outside for cigars and conversation. While outside out dog, Bear, decided to get caught eating steak from the counter. So I ran inside to deal with him, little did I know that me going inside set this glorious night in motion. When I came back outside, Garrett’s father, Chuck, bet me $10 that i couldn’t light a cigar in the wind (I never turn down a bet). Garrett handed me the cigar and when I looked down there it is! The most gorgeous ring i ever saw around the end of the cigar. From there i couldn’t help but cry. Garrett got down on one knee and asked if I would spend forever with him. Of course I said “YES!!”

Several years ago in two very different places, two young people started a new journey. Neither could have known at the time where this journey was truly going to take them, for neither saw it coming. Some years later, this journey led them both far from home and this is where these two strangers met.
When the girl first met the boy he was quiet. He said very little to her and that led her to think his feelings laid elsewhere. Too late, he finally told her what his true feeling were.
Over the next few years the boy and the girl talked occasionally, they each had returned to their normal lives knowing the distance between them was insurmountable. They went on like this for a few years more until fate had plans to bring them together again. During this phase of their journey they were paired quite closely together and went to each other for help and support and quickly grew even closer.
While the distance 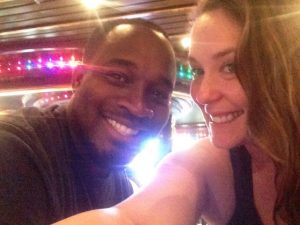 still divided them there was something pulling them in the same direction. At the most inopportune moment they realized they still had very real feelings for each other. After some time of keeping on as friends, the boy agreed to travel to meet the girl again after so many years. His actions were louder than their words had ever been, so loud that their words up until then seemed like silence.
As their feelings deepened the distance seemed to widen. As their love grew, reality slowly crept in. The girl had worked hard to get where she was, and the boy loved his family. She could not let him give up his family and he could not let her give up everything she worked so hard for. Decidedly, the two had no choice but to end their unfulfilled fairytale.
A few months later, the two knew they could not merely be friends. Their bond was too strong and all the time apart only made them sure they had chosen the wrong course.
The girl gave up everything for the boy. However, in doing so she gained more than she had before, more than she ever knew she needed and more than she could have ever wanted.