A Real Love Story- Cassidy and Cody | Makeup in the 702
PLAN YOUR HAIR & MAKEUP WITH US TODAY! 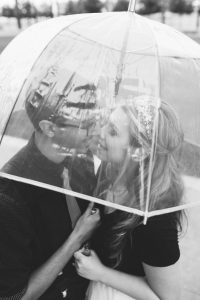 Cody and Cassidy met through a mutual friend in high school in Westfield, MA. At the time, Cody was a sophomore, and Cassidy was a new freshman. They hung out with the same friends, and had gym class together, but had never formally met. A mutual friend offered to introduce the two one morning, and they started talking almost immediately. A few months later on January 31, 2009, the two agreed to make it official at a friend’s birthday party and they have been together ever since.

Since getting together eight years ago, Cody and Cassidy have grown together. They attended prom twice and were present for each others’ high school and college graduations.

They moved across the country together to start their adult lives in Las Vegas, NV in 2011, and eventually set their own roots in their first apartment in Henderson, NV in 2014. The two began raising a chihuahua puppy named Kahlua together in 2012, who is now 5 years old. They have grown up and found their paths in life together, Cody pursuing a career in Entertainment Engineering, and Cassidy pursuing one in Social Work. To them, this is just the beginning, however.

On Monday, September 15, 2014, Cody asked Cassidy to go on a date with him after class. They went out to find a nice dress for her 21st birthday, and had dinner at Naked Grill Sushi. Cody turned into Red Rock National Park on what was supposed to be the drive home, and explained that he wanted to take the scenic route home.
He brought Cassidy up to the lookout point where he instructed for her to look through the binoculars at the Las Vegas strip, which was lighting up between the mountains as the sun set. Cassidy heard a snapping noise, and turned around to see what it was, and found Cody on one knee, saying, “Cass, marry me.” She said yes, and the two talked and spent some time watching the sun set before returning home.

Cody and Cassidy got married on their 8 year dating anniversary, on Tuesday, January 31, 2017. Though they have been together for so long, they know that this is only the beginning. They look forward to starting this new chapter together, and celebrating it with their friends and family.

Sending Cassidy and Cody all the love in the world!!!!!